Washington Wizards rookie Rui Hachimura showed off his dazzling handles in the Rising Stars Challenge, but his big night for Team World was spoiled by Team USA’s 151-131 victory in the event that tipped off the NBA All-Star weekend in Chicago.

On Friday night, when the NBA’s first- and second-year players took center stage at the United Center, Hachimura, the first player from Japan to be named to a Rising Stars roster, played 20 minutes and was a standout with 14 points, seven rebounds and four assists.

Eight of his points came in the first quarter. 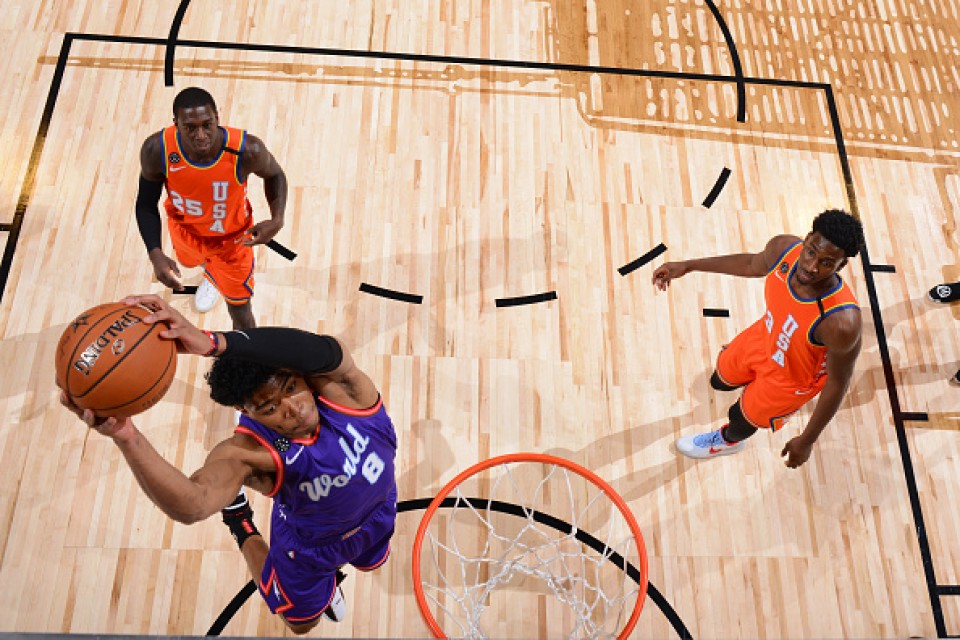 (Rui Hachimura #8 of Team World drives to the basket against Team USA during the 2020 NBA All-Star Rising Stars Game on Feb. 14, 2020 at the United Center in Chicago, Illinois.)[NBAE/Getty/Kyodo]

“It all came down to who could run more toward the goal,” said Hachimura, who got many of his points on dunks and midrange jumpers.

Before the game, Hachimura, along with fellow young stars Josh Okogie, Brandon Clarke and Ja Morant, put on a dunk show for the Chicago crowd to enjoy.

The 22-year-old Hachimura, the Japanese-born forward out of Gonzaga University, was drafted by Washington with the ninth overall pick in last June’s NBA draft.

On Friday, Golden State Warriors forward Eric Paschall led the American team in scoring with 23 points, going 10-from-13 from the floor while also tallying three rebounds, two assists and a steal.

The annual NBA All-Star game will be played on Sunday. 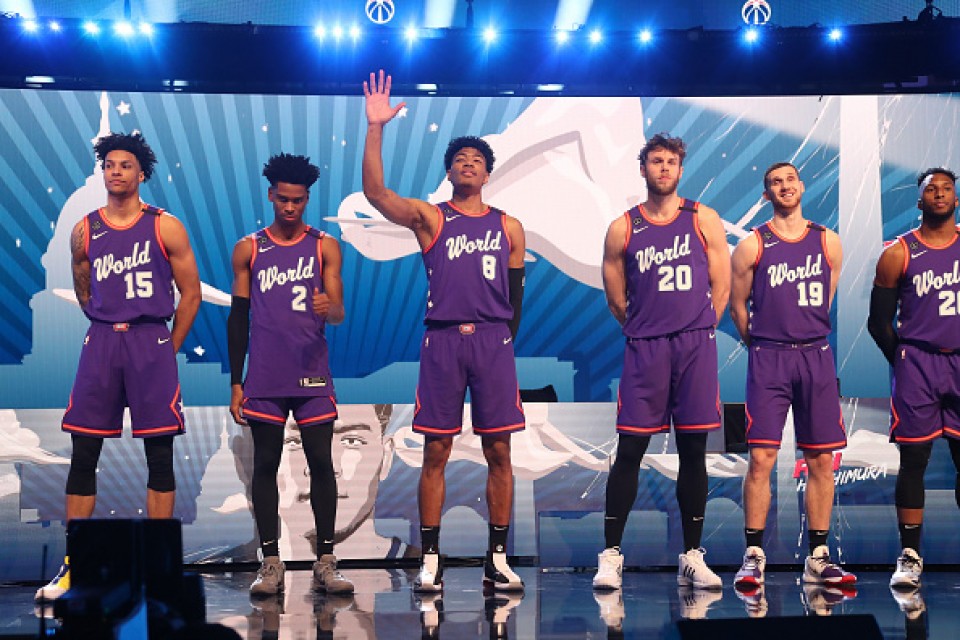 (Hachimura gets introduced before the game.)[NBAE/Getty/Kyodo]